Today, we learned bitcoin has reached new price heights, hovering just north of the $400 mark, once again, for the second time since 2014, as TechCrunch writes. The post adds, “It’s fact to say that bitcoin matters as a financial incentive to keep the blockchain operative; and it is future-facing to watch bitcoin itself grow despite media handwringing.”

In related news, someone claiming to be bitcoin creator Satoshi Nakamoto has denied being the Australian entrepreneur Craig Wright, who was named as man behind the cryptocurrency by Gizmodo and Wired last week. The mystery continues on the founder of this alternative currency.

B2B NN is offering this primer once again with even more updated news on blockchain: Banks have expressed renewed interest in blockhain, as Nasdaq.com writes. “The successful adoption of blockchain technology could revolutionize the way payments across borders are made. The system of international payments still remains sluggish as well as expensive, and so the use of the blockchain offers great opportunity in terms of the speed at which such transfers could be executed and can bring substantial savings for users and banks.”

Below is our primer on bitcoin, blockchain and why these currency alternatives matter to your B2B operations:

Bitcoin has turned out to be the virtual currency that broke through. A strange, dark backstory didn’t hurt; the bitcoin story could easily be William Gibson science fiction. Despite shadowy origins and an enigmatic, never-been-seen-in-public founder, massive valuation fluctuations, failed companies, fraud, criminal charges, imitators, misplaced fortunes (first rule of bitcoin: do not lose the private key!), and being declared all but dead by Wired, bitcoin is a five billion dollar phenomenon now spawning multiple clusters of ecosystems and has given birth to a technology that may be central to the evolution of the internet. Here’s what you need to know about Bitcoin:

What exactly is a bitcoin anyway? It’s a unit of peer to peer virtual (digital) currency, based on an algorithm that Sakamoto created allowing a decentralized validation of transactions not by a central authority, but by bitcoin holders. Prior to this currency could not exist without a central authority (a bank) to manage transactions.

Why did it take off where others have not? Currency is just a collective myth we all just buy into to and bitcoin is no different, except for that algorithm. People were struck by the ingenuity of Sakamoto’s idea, started to implement it, and the idea of a virtual currency long simmering became accepted and adopted by more and more people, and eventually businesses. Today the value of a bitcoin is live at preev.com

What are blockchains and bitcoin mining? A blockchain is the record of what bitcoins have been used. It performs the function of a ledger; because there is no centralized ledger all holders are responsible for maintaining the ledger. This is called bitcoin mining. Uses of blockchains are going far beyond currency and into the fundamental building blocks of the internet because of how it handles transactions. Sounds pretty unremarkable until Naval Ravikant compares it to TCP/IP. It may be hype, but it may also be transformational.

Who uses bitcoins? According to recent data, monthly bitcoin transactions have quadrupled from 1 million in October 2012 to 4 million in October 2015. A significant number of retailers are accepting bitcoins. Also, a key user is PayPal. So it’s gone pretty mainstream. PayPal accepting bitcoins also means merchants can accept them, which will come in handy if the world economy crashes and bitcoins are all that are left. Just kidding. 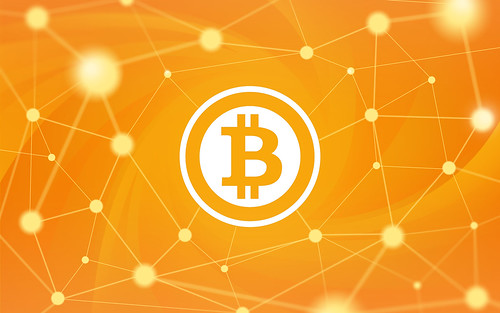 Do bitcoins have direct relevancy to B2B and my business? Unless you’re in forex, encryption or banking, probably not today. Bitcoin-algorithm-spawned blockchains and sidechains are powerful derivative technologies for decentralized transaction validation that can be applied to security and encryption among other functions, and are likely to be big, but invisible to most.

Is Satoshi Nakamoto on the speaking circuit? Far from it; in fact, his existence is regularly questioned, as we noted above, and no one can say for sure whether he is a person, or a group of people, or where he is. It would be a moot point except that he is also, beside being a billionaire, the single biggest holder of bitcoins (just ahead of the FBI).